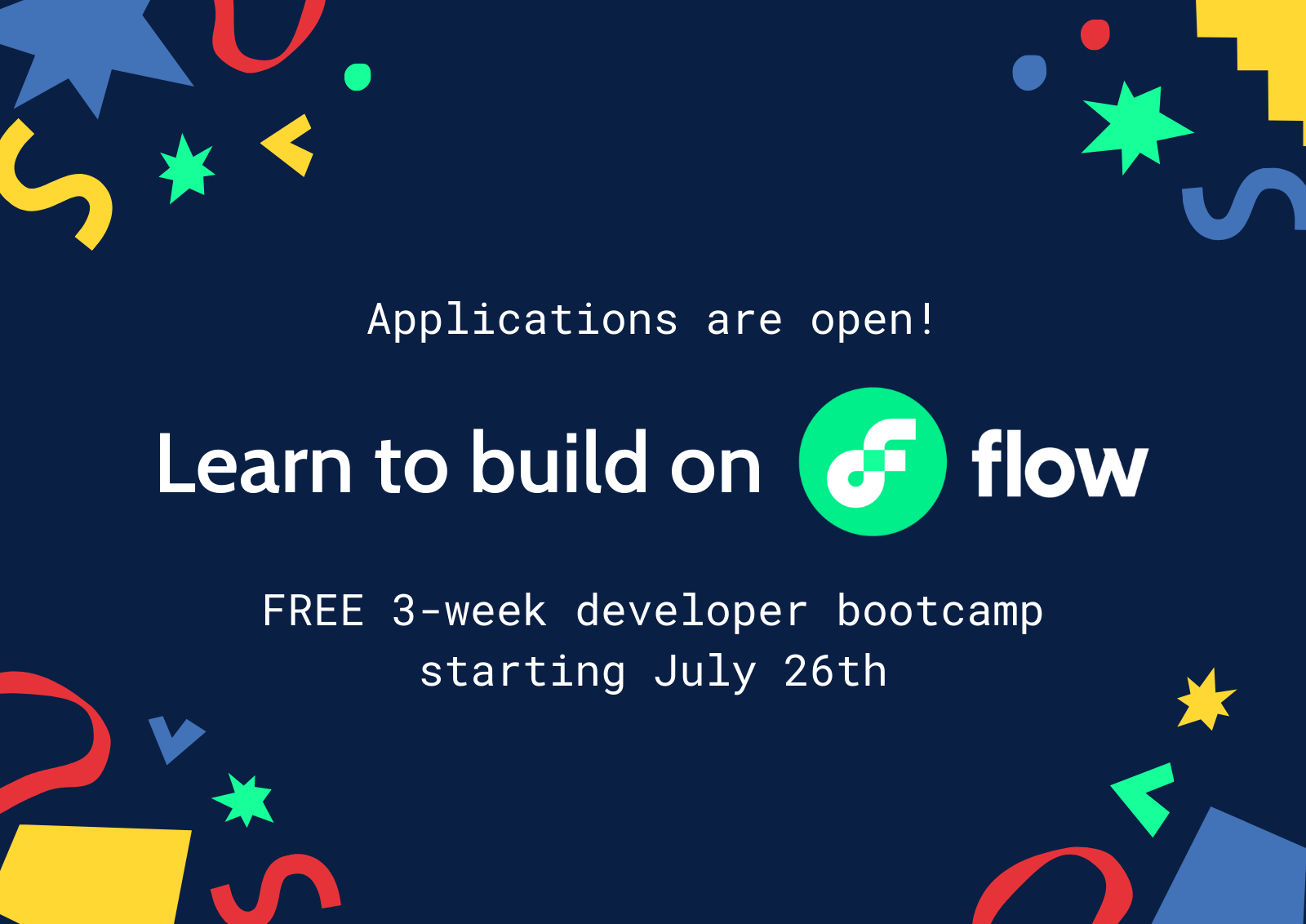 Learning new blockchains, languages, and programming paradigms can be challenging. That’s why we’re excited to host Fast Floward, an online bootcamp for developers to learn how to build applications on Flow.

The three-week program, which starts July 26th, will cover the basics of Flow and Cadence, how to build applications for Flow, and how to leverage composability on Flow to build robust applications.

As a participant of Fast Floward, you will:

The program is ideal for any developer who wants to learn the Cadence language and start developing for Flow. It is best suited for three types of developers:

1. Front-end Developers who know JavaScript and want to expand their skill set to blockchain applications

2. Back-end Developers who know JavaScript, Python, PHP, C# or Java and want to learn more about smart contracts, and generally about blockchain applications

3. Solidity Developers who want to expand their expertise to another blockchain

Fast Floward consists of pre-recorded sessions with learning objectives, weekly projects, and office hours. All sessions will be recorded so participants can take part asynchronously.

Projects for participants to put their learnings on display, while also adding their own sprinkle of creativity!

Several office hours per week will cover the weekly project and provide a space for participants to ask questions, get feedback, and share what they’re building.