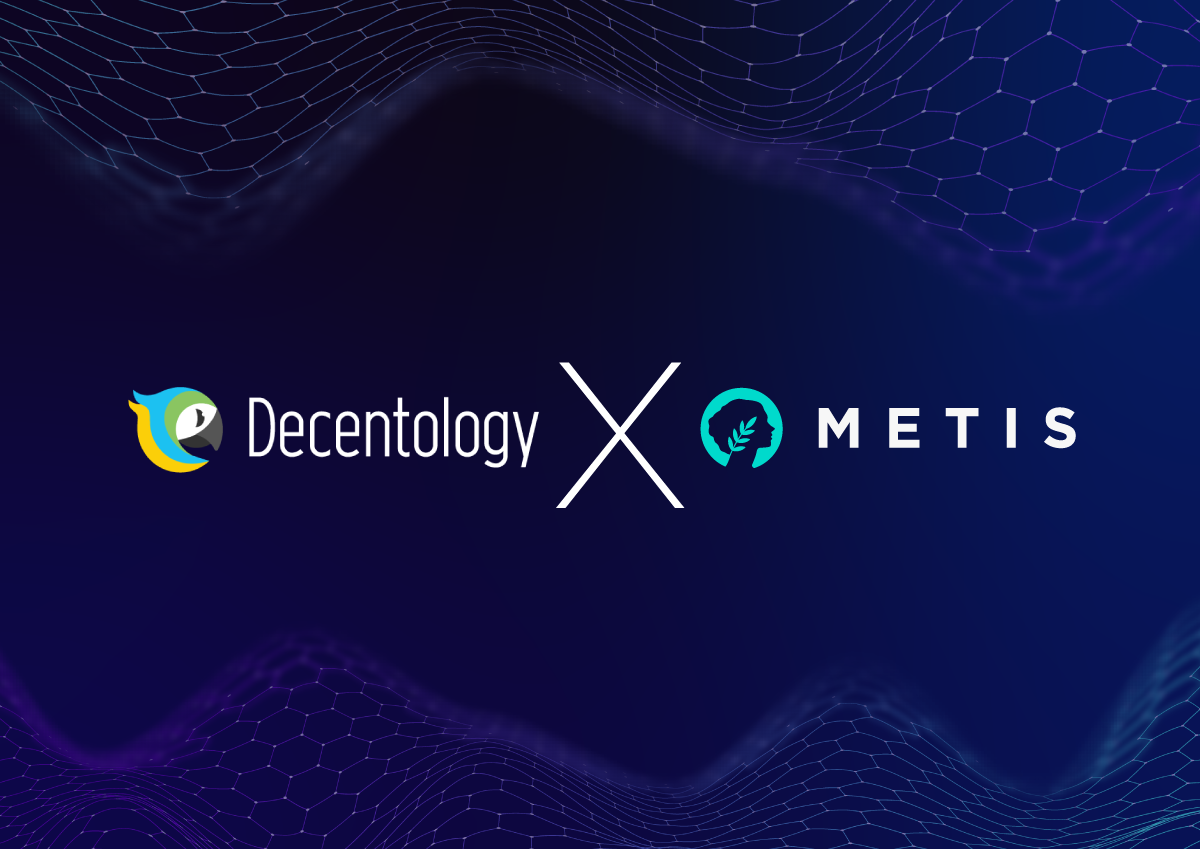 “We are excited to partner with Metis to make it easy for web developers to start their Web3 journey. With low transaction fees, fast response times and affordable on-chain storage, Metis addresses the primary friction that prevents new developers from getting started. The Hyperverse integration makes a library of composable smart contracts instantly available for developers to build with,” said Nik Kalyani, Decentology Founder and CEO.

Metis bundles together large numbers of transactions submitted on the Ethereum Layer 1 blockchain, making each transaction processed on Metis’ Layer 2 Andromeda network far faster and cheaper to execute than they would be on Ethereum Layer 1. The Hyperverse introduces “composability,” which makes it possible for smart contracts already deployed to a blockchain to interact with each other. Decentology has built a standard set of interfaces that enable developers to easily compose new applications by connecting existing “smart modules” which are single-purpose smart contracts. This makes decentralized app development simpler, faster, and more cost-effective, empowering developers to build increasingly robust applications for an ever-expanding universe of use-cases. For more information, see “Composing the Hyperverse.

The Hyperverse by Decentology and Metis’ Protocol together will lower the barriers for innovation and adoption in the blockchain industry. This partnership pioneers a movement to allow an influx of entry for new players in the market while speeding up exploration cycles and accelerating innovation.

Decentology can be found online at https://www.decentology.com, on twitter @Decentology, and on Discord. For further information, demos, images, and/or interviews, please contact Danielle Payton at danielle@blockchnmedia.io.

About Decentology: The Hyperverse is an open, secure, blockchain code marketplace created and managed by the newly-formed HyperverseDAO (Decentralized Autonomous Organization) and its growing community of web developers, making it easy for them to build robust blockchain apps by using an expanding collection of on-chain, modular smart contracts. The Hyperverse is the brainchild of Decentology - a Mountain View, California-based company founded in 2019 - run by a global team with a mission to onboard the next 10 million driven web developers to Web3. To deliver on its mission, Decentology partners with some of the leading blockchains in the industry, such as Flow, Algorand and Metis. In 2021 the company raised $4.3 million in seed funding from top crypto investors including Dapper Labs, Borderless Capital, Good News Ventures, Berezka DAO, Synaps, Warburg Serres, and Kosmos Capital. By making Web3 accessible to millions of existing web developers, the Hyperverse is accelerating the growth and adoption of decentralized technologies at scale. To learn more about the Hyperverse, visit decentology.com

About Metis: Metis is an open protocol and the Metis Andromeda network is open to any developer or team that wants to launch a DApp, token, or any other kind of project on our EVM-Equivalent platform. Metis has built a solution that addresses all three fundamental challenges of the EVM-compatible tools. They have built a hub to solve Ethereum’s six biggest challenges: simplicity, speed, storage, scalability, security and savings. Metis is a decentralized economy platform to start, run, and grow any decentralized app, business, and community on the blockchain with ease and scalability. Their mission is to create an easy-to-use technical and organizational platform, making blockchain accessible to everyone, empowering both personal and professional lives, and to accelerate the transition of people to blockchain for open, fair, and decentralized business on Web 3.0. Learn more about Metis on their website: https://www.metis.io/.