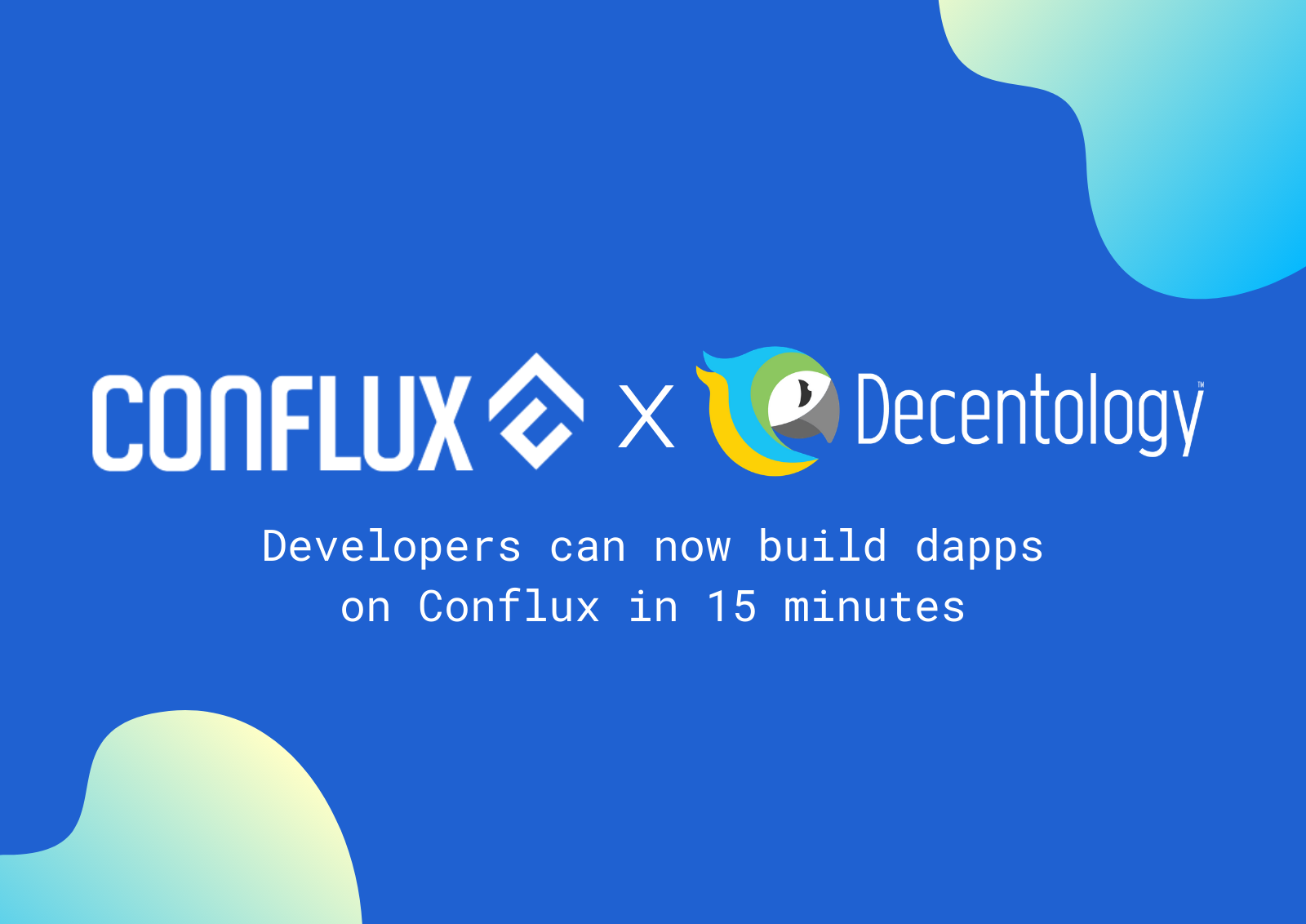 Backed by Sequoia, Huobi Capital, and more, Conflux aims to bridge the gap across economies and borders, leveraging its unique position as the leader in public blockchain infrastructure in China. Conflux’s Tree-Graph consensus mechanism optimizes for security, scalability, and decentralization. Read more about Conflux here.

“Decentology’s mission is to onboard the first 10 million blockchain developers. Adding Conflux to the DappStarter platform enables us to make significant progress towards this goal. Now, thousands of developers worldwide, and especially in Asia, can use DappStarter to build any dapp they imagine on Conflux.”

“Easily onboarding developers is difficult to do, and with DappStarter, Decentology has nailed it— making quick and easy development and deployment of fully functioning Dapps on Conflux a reality. We are excited for the next milestone, the integration of NFT Studio for fast minting of NFTs.”

How to Build a Conflux Dapp

Step 1 – Go to dappstarter.decentology.com and navigate to Blockchains to select Conflux.

Step 2 – Select the features you want to include in your dapp under Smart Contract Features.

Step 3 – Scroll down to Dapp Name and give your project a name, then click Login. You will be redirected to a new page to be authenticated.

Step 5 – Navigate to your GitHub repository link and clone your new dapp project!

Step 6 – Change  to the dapp project folder in a Terminal or Command window, then  type yarn to install dependencies for the Lerna monorepo.

Step 7 – Once dependencies are installed, type yarn start to begin the DappStarter orchestration which compiles and migrates blockchain code, uses webpack to build and launch the web client, and finally run the NestJS server API.

That’s it! You can now explore the project code and modify any aspect of the code to suit your requirements.

As the only regulatory compliant, public, and permissionless blockchain in China, Conflux provides a unique advantage for projects building and expanding into Asia. Conflux aims to connect decentralized economies to strengthen the overall DeFi ecosystem globally.