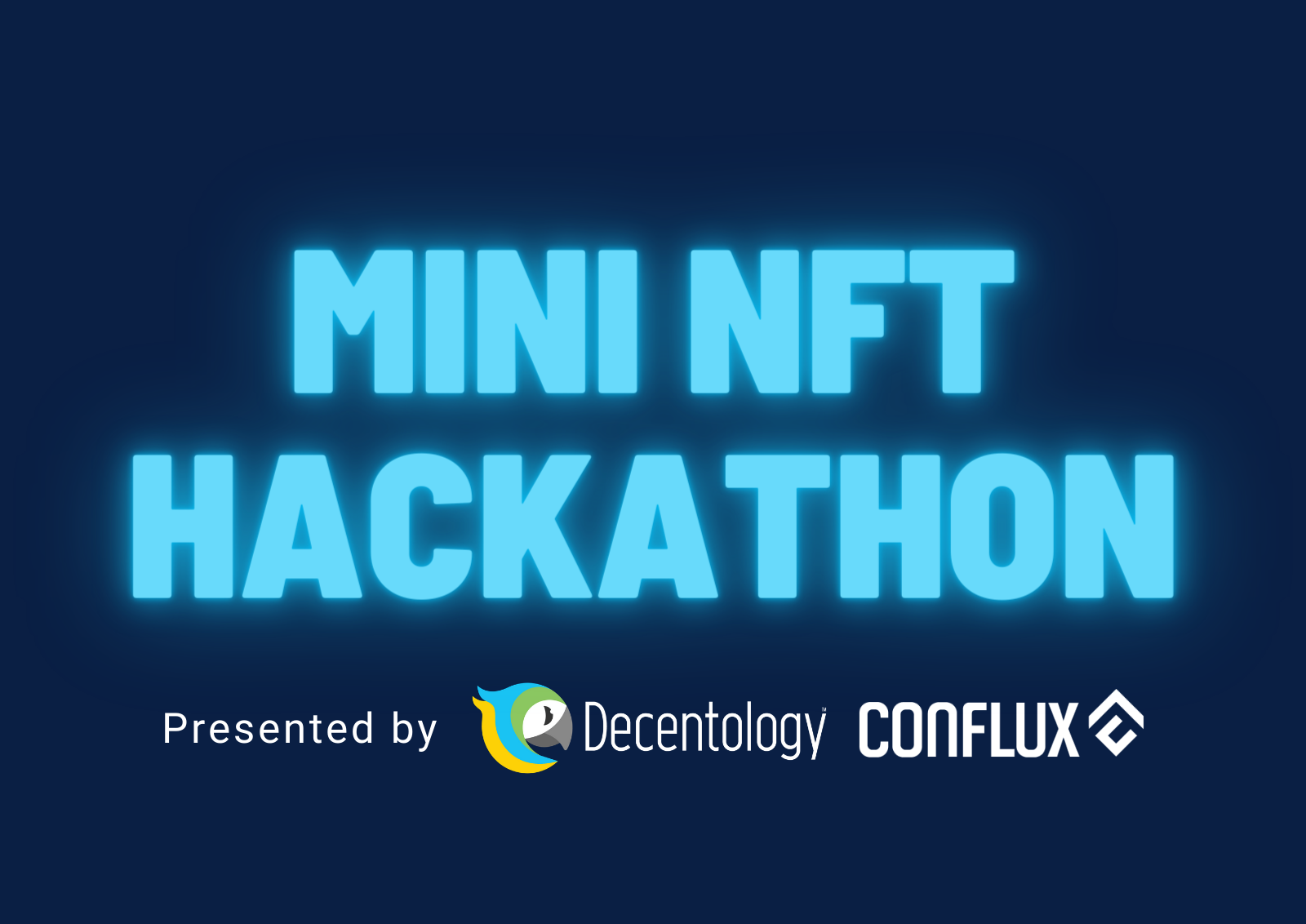 Decentology is partnering with Conflux to host a Mini NFT Hackathon, a 2-week event centered around building NFT-enabled applications on Conflux. The hackathon will go from April 9, 2021 to April 25, 2021; prizes include 2000 CFX, opportunity to apply for Conflux Ecosystem Grant with fast-track review process, and Conflux swag for all participants! Check out the details here and don’t forget to register for the Kickoff Event & NFT Workshop.

Note: the deadline has been extended to 11:59pm ET on May 2, 2021 to ensure developers have time to use the newest release features of DappStarter's NFT Composer for the Mini Hackathon.

NFT-Enabled Apps in a Few Clicks

The hackathon comes along with the release of new NFT tooling within Decentology’s DappStarter platform. The new NFT features will be available as a “Composable NFT Module”, which gives developers the ability to customize everything from generation mechanisms to metadata to minting triggers and more.

“The most prevalent need we’ve heard from developers using DappStarter is that they want tooling to build NFT-centric applications. With this release, we’re able to give developers the NFT tooling they need to build awesome apps on Conflux and the ease of use that comes along with using DappStarter.”

Opportunity for Developers to Experiment with NFTs

Developers interested in NFTs are encouraged to participate and try their hand at NFT app development. Projects will be judged on creativity, completeness, and feasibility / impact and participants in the hackathon will use Decentology’s DappStarter platform.

As the only regulatory compliant, public, and permissionless blockchain in China, Conflux provides a unique advantage for projects building and expanding into Asia. Conflux aims to connect decentralized economies to strengthen the overall DeFi ecosystem globally.