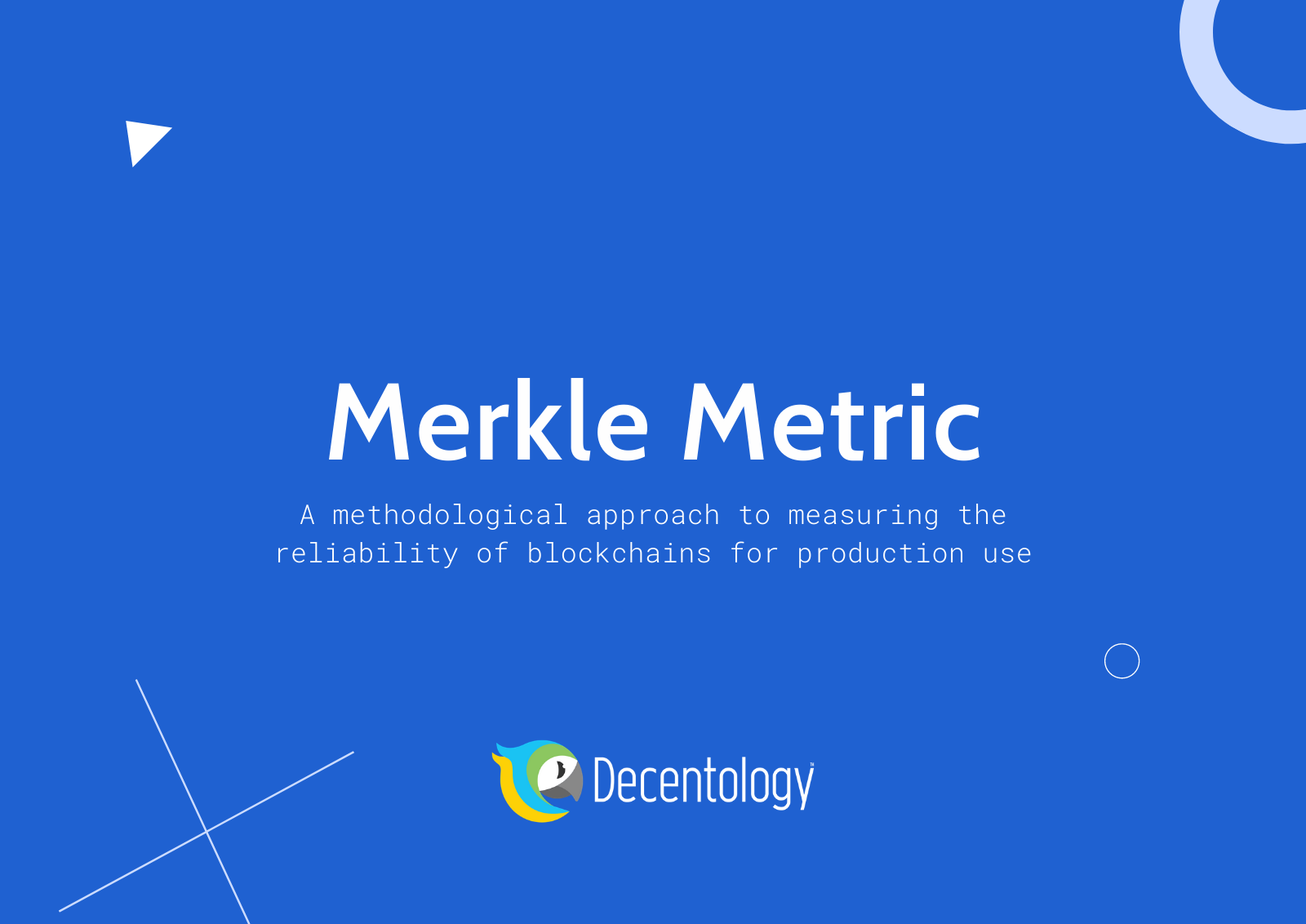 A methodological approach to the problem of measuring the reliability of blockchains for production use.

In our quest to create the best and most accessible developer tooling for smart contracts creation, we often need to decide whether a blockchain warrants being added to the DappStarter platform. While some metrics we use in our process are easy to quantify, such as the ease of use for developers, one remarkably hard-to-pinpoint factor is that of trust. What we call the trustless nature of blockchain is the operational independence from any single authoritative actor, eliminating any single points of failure and allowing the network to operate in a permissionless fashion. One aspect of trust still remains, however, and it’s the users’ hope that the blockchain will keep operating in a predictable and reliable way.

Introducing Merkle Metric, our answer to the problem of measuring production use reliability.

“Can I trust this blockchain?” is one of the most overarching and essential questions for blockchain developers, companies looking to leverage blockchain technology, and lastly end-users. For any production use, an affirmative answer provides the necessary confidence that a decentralized application won’t encounter problems caused by the underlying technology. For the consumer, the question itself may never be asked, but what’s still there is the implicit expectation of being able to trust the network with their finances, the same way end users trust a smartphone app without being aware of the technology running in the background.

So what makes a blockchain trustworthy? We’ve identified three main areas relevant to this question, each with a number of quantifiable factors:

Network resilience refers to the trust put in the blockchain’s reliable functioning on the protocol-level. In most blockchains, trust in this category is generated on the basis of two factors: protocol openness and the decentralization of decision-making.

Firstly, there’s no guarantee of a blockchain being truly permissionless and thus authority-independent unless the complete code is open-sourced and verifiable by the networks’ participants.

Secondly, we need to look at the decentralization of decision-making processes. Namely, changes in decentralized blockchains can only happen through verifiers of the network expressing their views by directing the computational power (for proof-of-work algorithms) and stakes (for proof-of-stake). If one entity were able to single-handedly influence the protocol-level decisions (e.g., a double spend attack for Ethereum), this would greatly endanger the network’s resilience and highly influence the Merkle Metric.

Economic resilience is the economically-related stability of a blockchain. On the most basic level, we want to see whether money involved in the economy around a given blockchain makes it safer or potentially harms it. While a blockchain may be cryptographically sound, one shouldn’t forget that the markets both ensure and serve as a litmus test of how trustworthy a network is. Therefore, the economic resilience against price manipulation serves as the main metric in this area, with development-related metric, i.e., reasonable funding for the team to develop the blockchain, being of secondary importance. The more specific factors we use to measure economic resilience include:

Adoption is the third and last area of interest in the Merkle Metric methodology and serves as the expression of trust in the network measured through developer and user engagement. The following are factored in:

Developers and enterprises need to know which blockchain is trustworthy. It is our belief that Merkle Metric can serve as a useful tool for anyone looking to get involved with blockchain technology. Our methodology isn’t limited to a single area where trust is involved, and instead takes a comprehensive look at all relevant areas, quantifies them, and presents them in an easy-to-consume and informative form.