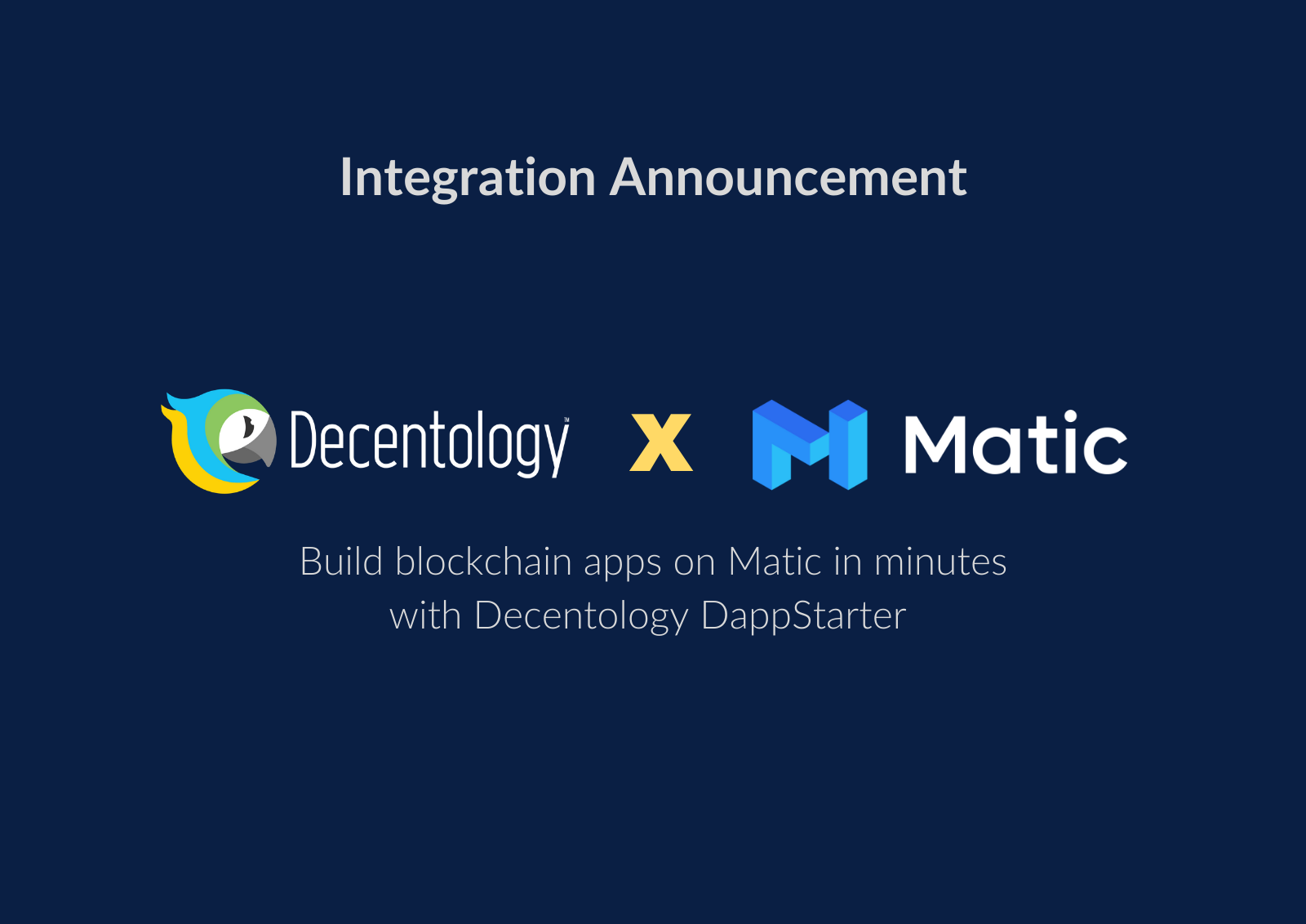 We are excited to announce the integration of Matic Network on the Decentology DappStarter platform to help developers accelerate their blockchain app development workflow. Matic is a Layer 2 scaling solution for Ethereum that enables fast, low-cost and secure transactions with finality on the main chain. DappStarter is a blockchain-agnostic platform that generates customized, full-stack project source code for decentralized applications. The integration of the two platforms will empower developers to build custom dapps with scalability and great user experience in 15 minutes or less. The collaboration aligns with the shared mission of both Decentology and Matic for simplifying the developer experience for building blockchain apps, which is critical in solving the scalability and lack of user friendly apps issues that have stalled mainstream blockchain adoption.

The integration of Matic on DappStarter will brings the following benefits to developers interested in building on Matic:

Blockchain adoption by mainstream users have been stalled due to scalability issues and the lack of user friendly applications. The collaboration between Decentology and Matic will help solve these problems by simplifying developer experience for building blockchain apps. Developers will be able to create real world end user applications at large scale and with great user experience in minutes.

If you need any support on how to get started building a full-stack blockchain app on Matic with DappStarter, talk to us on Decentology’s Discord. In addition, we are teaming up with Matic to hold an AMA with our co-founders Nik Kalyani and Chase Chapman on Matic’s Telegram on Tuesday November 3rd at 8:00 PM IST / 7:30 AM PST, so be sure to tune in!

Decentology empowers developers to build awesome decentralized apps. Our vision is to use decentralized technology for a more equitable world. Enabling and simplifying blockchain application development brings us a step closer to realizing this vision. Using our SaaS platform, developers can generate a new blockchain application in minutes with all the modern tooling for rapid app building. Decentology helps developers avoid much of the friction of blockchain application development so they can focus on building great solutions for end-users. Decentology (formerly TryCrypto) was founded in 2019 by Nik Kalyani and Chase Chapman. The company is headquartered in Mountain View, California, with a global, distributed team.

Matic is a developer-first hybrid POS+Plasma sidechain on top of Ethereum, enabling Ethereum developers to scale their Dapps for large scale usage. Matic is rapidly becoming the go-to Layer 2 Solution for developers, thanks to secure, scalable and instant transactions, secured by Ethereum. There are 70+ Dapps building on Matic, ranging from DeFi Protocols to thrilling games and prediction markets. Deploy your existing Ethereum Dapp in less than 15 minutes, get started here!