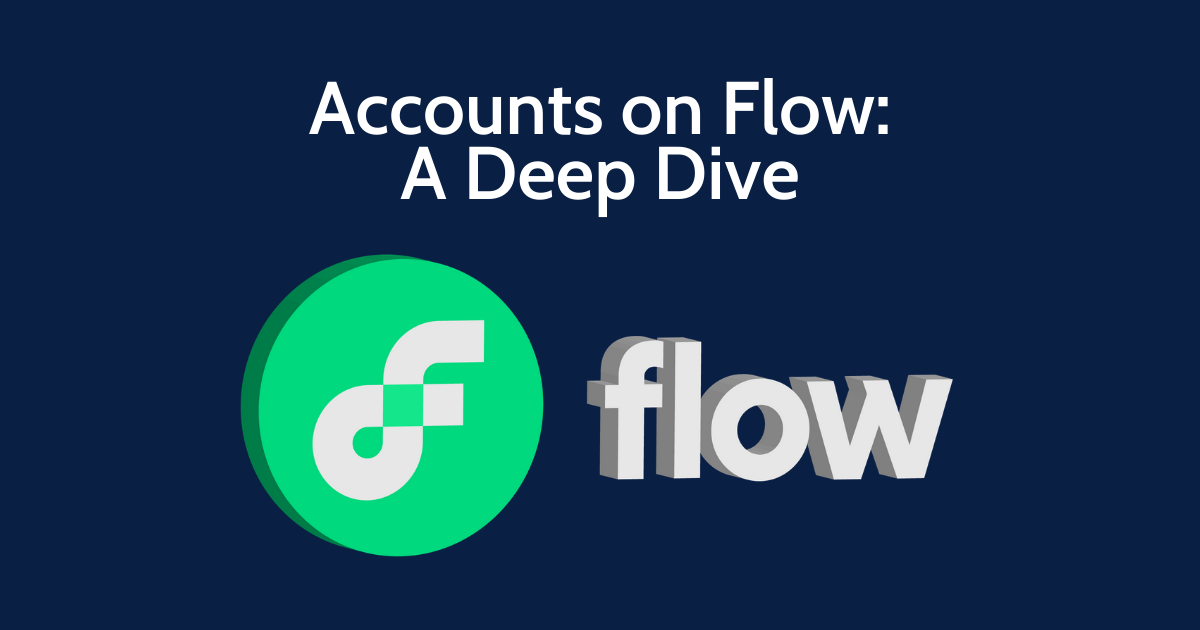 This blog post is for developers learning about the Flow blockchain.

Developing use cases on different blockchains can be quite daunting at first, especially when each blockchain presents a whole new architecture to understand and then build upon. In this blog post, we’ll explore how accounts on Flow are different from accounts on Ethereum.

Moving forward, we'll assume that you have basic knowledge in the field of blockchain and cryptography.

So, let’s get started!

An Ethereum account is derived from a private key. Any hexadecimal number of length 64 (256 bits / 32 bytes) is a valid Ethereum account private key. ANY. Keep in mind that the chances of guessing the same number as an actual Ethereum account are REALLLLYYYYYYY small. Formally speaking, the odds of guessing an Ethereum private key is 1 in 115 quattuorvigintillion (1075). Or, simply speaking: 1/2256. Let’s try to imagine this number; Adrian Bednarek compares the task of identifying a random Ethereum key to choosing a grain of sand on a beach, and later asking a friend to find that same grain among a "billion gazillion" beaches. Crazy, isn’t it?

Note that the above mentioned process is one-way. It is impossible to generate a private key from a given address.

In short, that’s how you generate an account on the Ethereum blockchain.

Now let’s take a look at accounts on Flow.

The notion of ‘account’ is very different on the Flow blockchain. On Flow, an account is auto-generated by the blockchain and can support multiple public keys.

To create an account on Flow, first public and private key pairs have to be generated using either P-256 or secp256k1 ECDSA (Elliptic Curve Digital Signature Algorithm) curves (see the compatibility table here), and then a transaction has to be submitted to the blockchain. By  virtue of this transaction, a fresh account storage is initialized and the generated keys are then assigned to this account. To learn more about account generation on Flow, see this.

Each account on Flow may have 1 to n public keys associated with it, and corresponding to each public key there will exist a private key closely held by the account owner. Each key has an associated weight ranging from 1 to 1000. When transactions are signed, the aggregate weight of the signing keys must be greater than or equal to 1000.

Resources as first-class citizens in Flow

Flow supports a new paradigm of programming called “resource-oriented programming” using Cadence (a programming language to build on Flow). Cadence makes it a lot easier for developers to create crypto assets similar to CryptoKitties. In formal terms, such assets are known as resources. A resource is a special type within Cadence that is governed by strict move semantics. Resources can only exist in one location at a time, cannot be copied, and cannot be accidentally lost or deleted.

As a developer, you have the ability to use resources from other accounts by borrowing from them. For example, you can borrow a crypto asset like a CryptoPokemon from its creator and use it freely for your own purpose (with the owner’s permission of course).

However, note that the creator may delete this resource at any time they like. But no need to worry ‒ the Flow blockchain prevents the creator from doing so if the resource is currently in use.

Along with private keys and smart contracts, these resources also reside in the account. These resources can be found under ‘Storage’. This ‘Storage’ is indexed and can be accessed using APIs. Three domains exist on the ‘Storage’ block:

For example, you might want anyone to read which NFTs you own, so that capability (getNFTs(), for example) will go into /public, but you only want someone you are trading with to be able to access (tradeNFT(), for example) so you put it in /private.

Interested in building on Flow? Get started in less than 15 minutes with DappStarter.