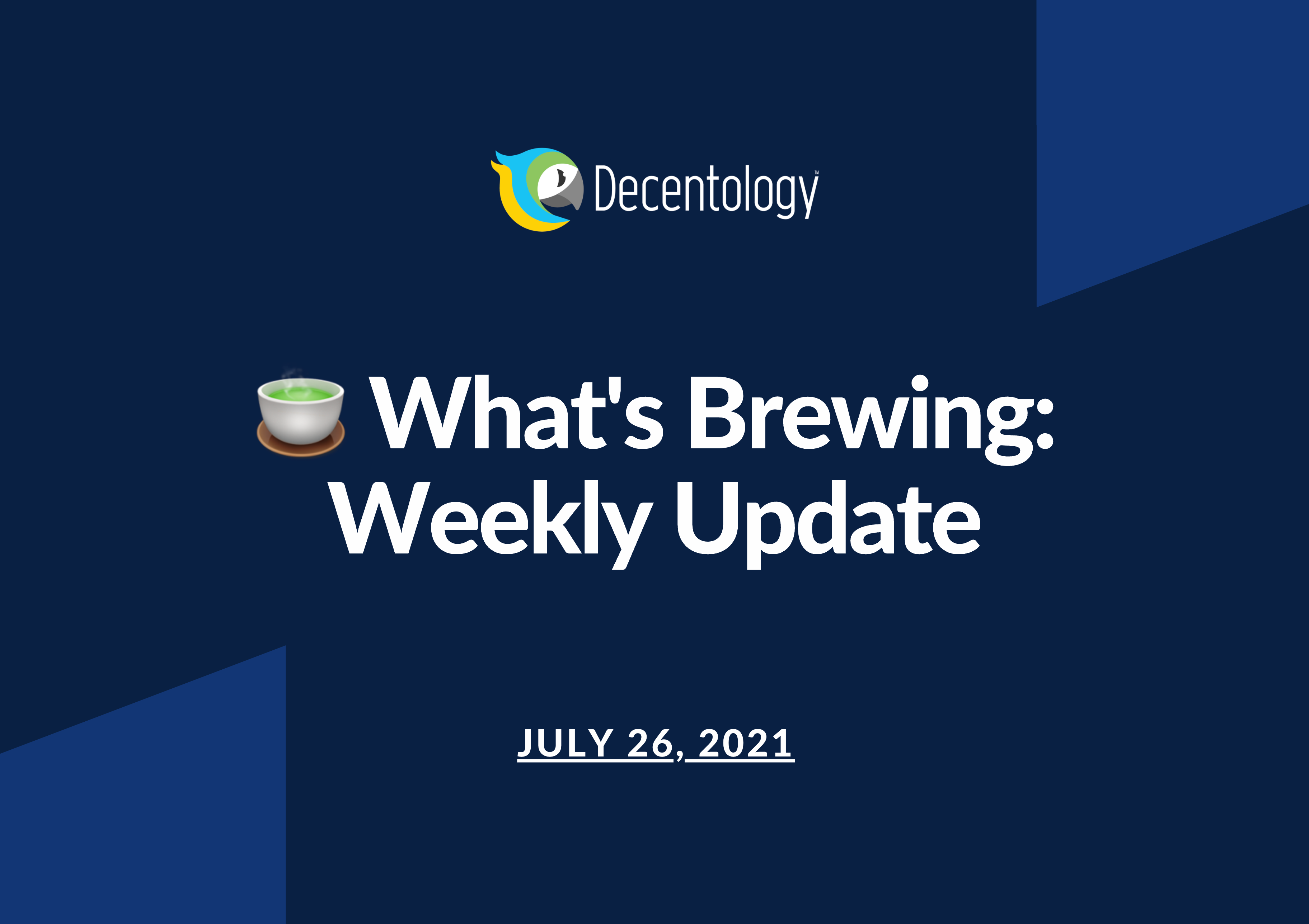 ⏩ Fast Floward: A free 3-week developer bootcamp to learn to build on Flow

We are SUPER thrilled to that we received a whopping 315 applications for Fast Floward. Fast Floward is a 3-week developer bootcamp for Flow that starts today! We are accepting late applications until July 30th. Apply here!

🏔 Workshop: Build an application on Avalanche in 15 minutes

⭐ [Coming Soon!] Integrate third-party wallets of your choice within dapps built with DappStarter

We are adding a new feature to DappStarter! Developers can now integrate any third-party wallet of their choice within their DappStarter project.

We are running final internal tests on Decentology's cloud-based container that will essentially make building with DappStarter much smoother. Devs can:

If you want to learn how to build an engaging game on the Flow blockchain, you are at the right place! Project Goobieverse is an upcoming DappStarter foundation module to help developers learn hands-on how to build a game.

Developers can tinker with the code to develop their own unique adaptation of Goobieverse simply by creating a new DappStarter project that uses the module. Residents of the Goobieverse are called “Goobies,” creatures that vary significantly in appearance, capabilities and attributes from other Goobies.

Here's a sneak peek into the latest developments of Project Goobieverse! 👀

👋  We host weekly office hours to talk about DappStarter platform — you can find us on Discord every Wednesday at 2 pm PT.