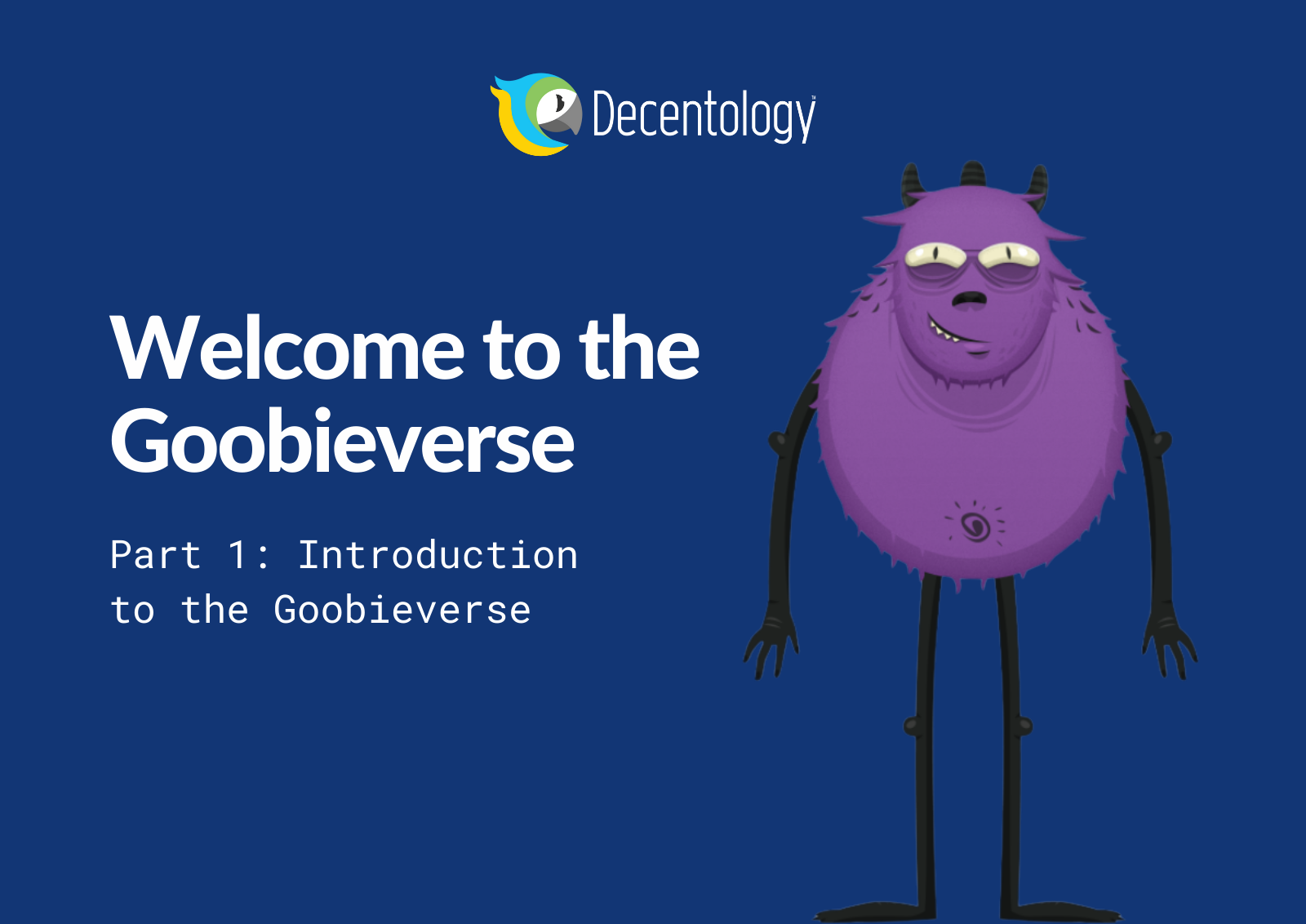 So, welcome aboard! Together we will go through all the bits and pieces of what it took to design Project Goobieverse. Each week we will publish the subsequent part, so keep watching this place to keep learning about our journey conceptualizing Project Goobieverse.

Without further ado, let’s get right into it!

Project Goobieverse was launched at Decentology with an aim to help web3 developers build a decentralized, engaging game on the Flow blockchain. Eventually, Project Goobieverse will be available through DappStarter as a full-stack project. Developers can even modify the code and make their own game.

Goobieverse is an imaginary world that is very similar to Earth’s geography but otherwise different in every way. Goobieverse is not populated by humans, but instead by a friendly monster-like creature called a “Goobie”. An average Goobie may look somewhat like this:

Each Goobie owns a territory in Goobieverse. Actually, the more territories it owns, the longer it will live.

Goobies acquire territories by competing in “Clashes”. A Clash is a Goobie competition that occurs at a previously unclaimed location with pre-requisites for which Goobies may Clash.

In a nutshell, the game has four elements linked to it:

These four elements are closely coupled with one another based on a set of activities that are to be performed by the player. You can find a comprehensive version of the game mechanics on this flowchart. We will go through this flowchart in more detail in a subsequent post.

The overall Goobieverse experience thus centers around players competing to increase their Goobie’s dominion in terms of territory acquisition as well as wealth in form of Goobloon, and thus their longevity.

In the next blog post, we will talk about Goobies and game mechanics in depth. We will see how Goobies come into existence, what makes one Goobie different from another one. We will also explore in depth the rules we came up with for Goobieverse.